According to a representative survey of national consumption held from 5 to 16 September 2016 by LinQ to the platform labolsadepapel, the 63% of consumers feel that the businesses that give paper bags to your customers have a significantly better than those offered by plastic bags. The shops with paper bags scored with a 7.8 points out of 10.

the paper bag, preferred by their environmental characteristics

This is in line with the importance that the environmental issues have been purchased for the Spaniards: a 85% of the interviewees were concerned about the environment and a 71% claims to be personally involved in your care. The concern for the environment is a cross-sectional age, social class and type of habitat. In all segments of the population, the percentage is very similar, is in the fork of the 83 to 87%.

A particularly sensitive to them, is the time that the residues remain in nature to its degradation. The 74% of the respondents know that the paper bag takes to biodegrade much less than other alternatives: in fact the paper bag biodegrades in only three months without harming the environment, being a natural product.

The overall satisfaction of consumers with paper bags reaches an average of 5.8 points out of 7. Highlighting the following factors of appreciation for that assessment: the image that transmits the store where it was bought, ecology or sustainability, care for the environment, the image of himself the consumer when the leads and the design and modernity.

We use our own and third-party cookies for analytical purposes. More information 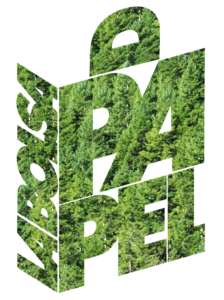 We use our own and third-party cookies for analytical purposes and to show you personalized advertising through a profile drawn up from your browsing habits (for example, pages visited).

If you disable this cookie we will not be able to save your preferences. This means that every time you visit this website you will have to activate or deactivate cookies again.

We use our own and third-party cookies for analytical purposes and to show you personalized advertising through a profile drawn up from your browsing habits (for example, pages visited).

Please enable strictly necessary cookies first so that we can save your preferences!